Looks as if my friend the Bonaparte's Gull has now departed the Otter as no sign this morning and the black-headed gulls it was associating with are down to just 2 birds today. However, 2 Whimbrel heading north up the estuary and at least 6 singing Cetti's Warblers were the main birds of note. Well, until I scanned the sea! Whilst scanning the sea, I picked up a fairly distant Glaucous Gull sat off-shore by a small fishing boat. Cursing the fact that I was not on that boat, somewhat unbelievably, the boat then headed for Budleigh Beach and the Glaucous Gull followed! I made a few calls and then quickly cycled up the seafront to be confronted with this brute of a 2nd winter Glaucous Gull and a fine patch tick! Looks as if the Otter and Budleigh are currently a magnet for rare and scarce gulls - long may it continue! 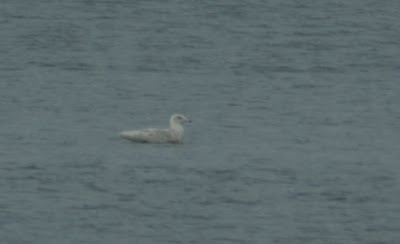 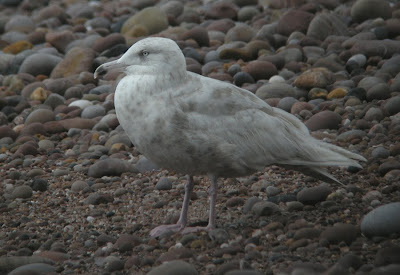 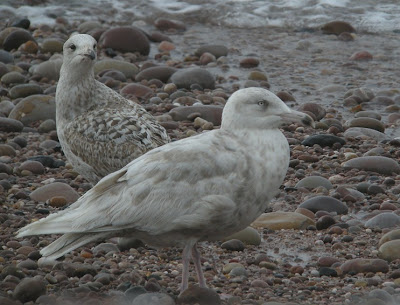 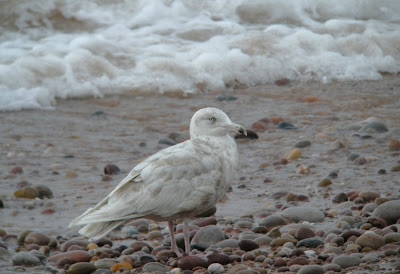 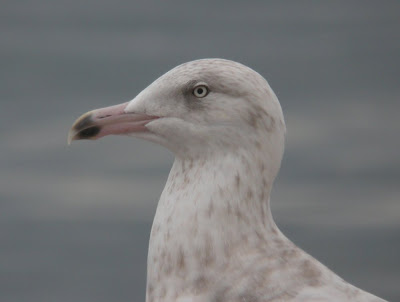