Day 1 - Arrival
I arrived on the island of Madeira on Monday with my small Wise BirdingHolidays group and after the spectacular views from the plane we soon touched down at Madeira’s relaxed airport. Catarina and Hugo where there to meet us and within just 10 minutes we were checked into our hotel in Machico overlooking the sea.
We ventured out for a short walk along the river and got off to a great start as we saw 3 vagrants visitors to the island. An Osprey, Ruddy Shelduck and Glossy Ibis as well as the expected Atlantic Canary, Common Waxbill and endemic races of Grey Wagtail and Goldfinch.


After an evening meal at the hotel, Hugo and Catarina picked us up just before sunset and we headed up to the famous breeding peaks of Pico do Arieiro at around 1,800M. As we arrived, we were greeted by Dr Frank Zino and his wife Elizabeth who had come along in the hope of mist netting some birds! Unfortunately, the wind was too gusty to put the nets out, but it was a great honour to chat to Frank Zino and enjoy the fantastic experience of both male and female Zino’s Petrels calling above our heads as we glimpsed the odd shape whizz past us. A real must for anyone visiting Madeira and made all the better by sharing it in the company of Frank Zino!


Day 2 - Pelagic One
After a leisurely morning and wander around the river again we took time to relax before having lunch and taking the short stroll to meet our boat, the now famed Oceanodroma. After our safety briefing and donning lifejackets we were soon on-board and watching a pristine adult Roseate Tern on nearby rocks. Then the fun really began!
As I have said before, after my last trip to Madeira in 2010, this pelagic is not for the faint-hearted and is something of an endurance test. We left the shelter of the outer harbour of Machico and headed between the gap in the cliffs on the eastern side of the island, where we  soon entered  the rougher seas. Every now and again the boat would rise and then drop into a trough with a bang and we all became accustomed to taking the pressure on our knees and using them like a spring. There was no time to even think about feeling sea sick as we slowly headed into the wind and the large swelling waves. Sea spray slapped us in the face at times, but I just kept reminding everyone it would all be worth it in the end! Two hours of discomfort and pure concentration on the sea and ensuring your body reacted to the movement of the boat  and we finally reached our chumming spot to the north-east of Madeira. Here, the first chum block was dropped over the side and within just 20 minutes we were in Pterodroma and Storm Petrel heaven!
Quite incredibly we were soon watching Zino’s Petrel, Fea’s (Desertas) Petrel and White-faced Storm Petrel within just 20 minutes of dropping the chum! Pelagic birding in Madeira is exhilarating and quite exhausting but totally worth it with views of seabirds that simply cannot be beaten! Below are some photos from our first 7hrs at sea on our first pelagic trip 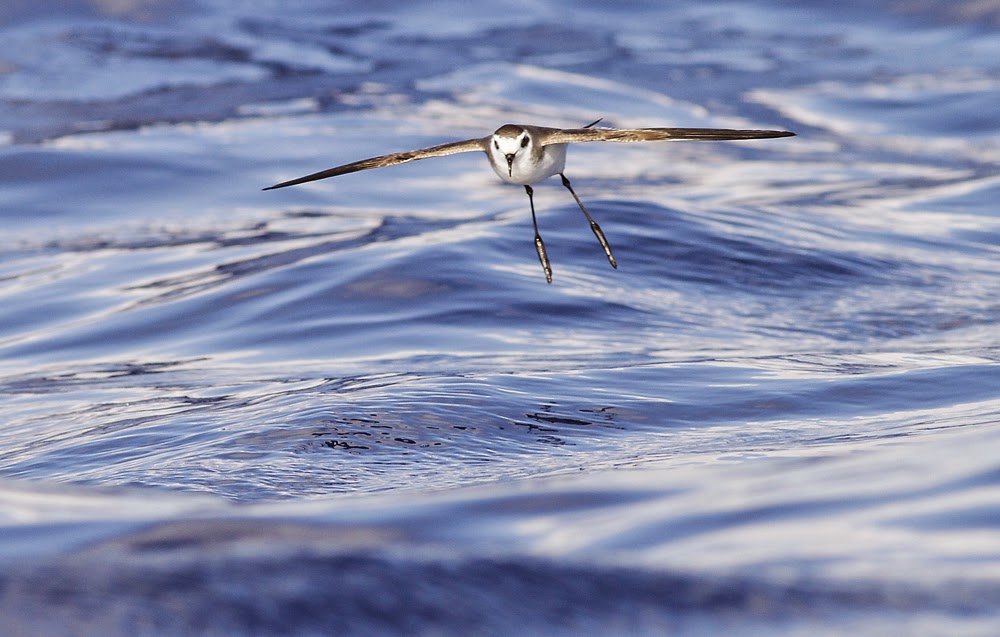 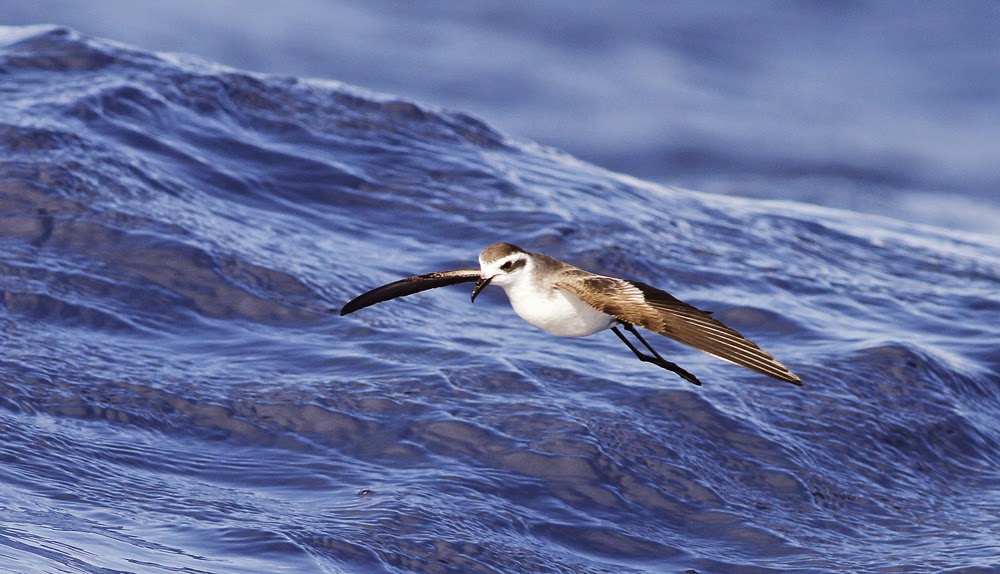